Social Determinants of Health and They Impacts Healthcare

A goal that all Americans can agree on is getting the best and most accessible healthcare for all Americans. While we work towards this goal as a country, it’s important to understand that although not often talked about, social determinants have a large impact on the health, therefore the healthcare that Americans receive.

The SDH have an important influence on health inequities - the unfair and avoidable differences in health status seen between countries. In countries at all levels of income, health and illness follow a social gradient: the lower the socioeconomic position, the worse the health.

The following list provides examples of the social determinants of health, which can influence health equity in positive and negative ways:

Research shows that the social determinants can be more important than health care or lifestyle choices in influencing health. For example, numerous studies suggest that SDH account for between 30-55% of health outcomes. In addition, estimates show that the contribution of sectors outside health to population health outcomes exceeds the contribution from the health sector.

Addressing SDH appropriately is fundamental for improving health and reducing longstanding inequities in health, which requires action by all sectors and civil society.

Over 11 percent of adults prescribed medication in the last year said they didn’t take it as prescribed in order to save money, and that percentage jumped to more than 33 percent for those were were uninsured. Not taking a medication as prescribed may include taking less, skipping doses, or prolonging a refill. Additionally, 1 in 7 people with diabetes ration medications because of cost—a potentially fatal decision for those who depend on insulin.

Even something as simple as eating enough fruits and vegetables can be affected by SDOH. Nearly 30 million people live in areas with limited access to supermarkets, with those in rural areas traveling upwards of 20 miles to get to a full-service supermarket. A lack of reliable transportation could make it nearly impossible to get to a larger store with more access to affordable, fresh foods.

Where someone lives also affects their access to primary care and emergency services. A study of nearly 4,000 census tracts in Chicago, Los Angeles, and New York City found that black-majority neighborhoods were more likely to have less geographic access to trauma care than other races or ethnic groups.

Additionally, social determinants of health in childhood can impact a person’s health into adulthood. A recent study found an association between childhood history of both parental incarceration and juvenile justice involvement and mental health as a young adult.

Please log in to select this charity for donations.

Please sign in to save a medication to your favorites.

A charity must be selected to register as a GiveBackRx member. Please choose a charity or agree to GiveBackRx's default charity. Thank you.

You have selected this charity for donations would you like to proceed with it.

Enter your email address to send this card to:

Enter your phone number to send this card to:

Enter your phone number to send this coupon to:

Give Back Enterprises, LLC

Your Information. Your Rights. Our Responsibilities.

THIS NOTICE DESCRIBES HOW MEDICAL INFORMATION ABOUT YOU MAY BE USED AND DISCLOSED AND HOW YOU CAN GET ACCESS TO THIS INFORMATION.

When it comes to your health information, you have certain rights. This section explains your rights and some of our responsibilities to help you.

Get an electronic or paper copy of your medical record

Ask us to correct your medical record

Ask us to limit what we use or share

Get a list of those with whom we’ve shared information

Choose someone to act for you

File a complaint if you feel your rights are violated

We will not retaliate against you for filing a complaint.

For certain health information, you can tell us your choices about what we share. If you have a clear preference for how we share your information in the situations described below, talk to us. Tell us what you want us to do, and we will follow your instructions if feasible or required by law.

In these cases, you have both the right and choice to tell us to

In these cases, unless allowed by law, we do not share your information unless you give us written permission:

In the case of fund raising

Example: A doctor treating you for an injury asks about your overall health condition. We may share your information for lawful purposes through electronic health information exchange.

Run our organization and engage in other health care operations

Example: We give information about you to your health insurance plan so it will pay for your services.

We may give information to entitiesthat help us collect payments. We may share your information with other entities for their payment purposes.

Comply with the law

Respond and participate in lawsuits and legal actions

Other uses and disclosures

Other State and Federal Laws

We can change the terms of this notice, and the changes will apply to all information we have about you. The new notice will be available upon request, in our office, and on our website.

This Notice of Privacy Practices applies to the following organization:

Give Back Enterprises, LLC (“GiveBackRx”)

Use this card for discounts of up to 80% on most prescription drugs at over 50,000 U.S. pharmacies.

Get discounts for every member of your family!

added to your cart 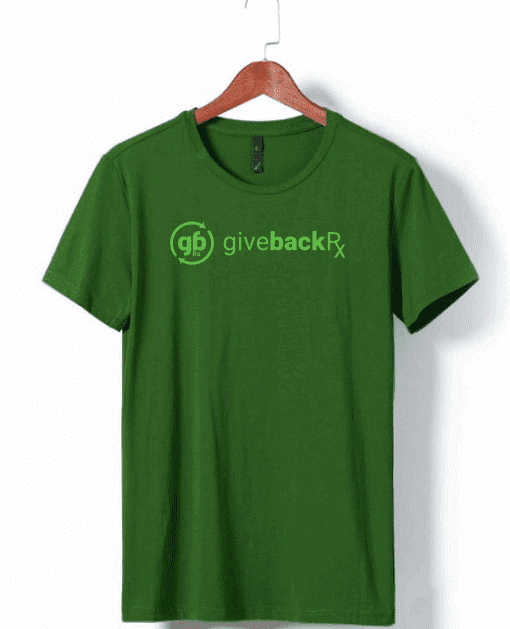